Tour the Manor House and Gardens to view Winds of Change.

America in the aftermath of World War I was defined by expansive social change that influenced the very essence of work, play, politics and culture. The Seiberling family, like many Americans, experienced and reacted to the changes happening around them – women’s suffrage, prohibition, an influx of immigrants, rapidly changing technology, a volatile presidential election and evolving fashion and music in a decade fraught with both excess and reform. In a surprisingly familiar reflection of life then and now, Winds of Change encompasses a Manor House exhibit that addresses the changes experienced by Akronites in the 1920s and how many of those same issues continue to impact the city today.

Both dynamic and nuanced, the theme will be captured in a colorful garden exhibit of the same name -- Winds of Change -- comprised of whimsical wind catchers and designed by five of local female artists.  Due to the pandemic, the gala has been moved to Friday, August 21; the evening will be livelier than usual when the gardens and grounds are transformed into a speakeasy. The past is very present this season at Stan Hywet.

From time to time, photos will be taken of guests visiting Stan Hywet Hall & Gardens. We reserve the right to use these photos for communication, promotional and marketing purposes. 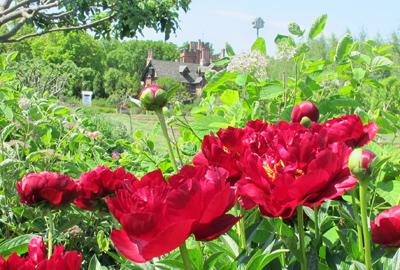 An incredible evening in the Manor House Can Be Yours

Just buy a $100 raffle ticket by 8/21. You decide when to have your gathering of 30 people in the gorgeous Music Room.
Learn More
Close This Message