Stan Hywet Beginnings
In 1910, F.A. Seiberling, co-founder of The Goodyear Tire and Rubber Company, began to purchase land in Portage Township, a farming area on the west side of the Akron city limits. Seiberling and his wife, Gertrude, wanted to build a home large enough for their growing brood and their extended family. They also wanted the house to function as a center for entertainment and events for the greater Akron community. They named it Stan Hywet, Old English for stone quarry — after the property’s most prominent natural feature. Seiberling hired architect Charles Schneider, landscape designer Warren Manning, and interior decorator Hugo Huber to create Stan Hywet.Construction began in 1912 and the Seiberling family moved to their new house in December, 1915. The Seiberlings enjoyed Stan Hywet Hall for the next 40 years —opening their doors countless times to the community, as well as marking family milestones throughout the estate.

Historic House Museum and Garden
After the death of F.A. Seiberling in 1955, Stan Hywet became a non-profit historic house museum, opening for tours so that the public could benefit from the cultural, educational, and inspirational riches of one of the most significant achievements in architecture and horticulture to come out of America’s Industrial Age.  Stan Hywet is open Tuesday-Sunday for tours, April - December. 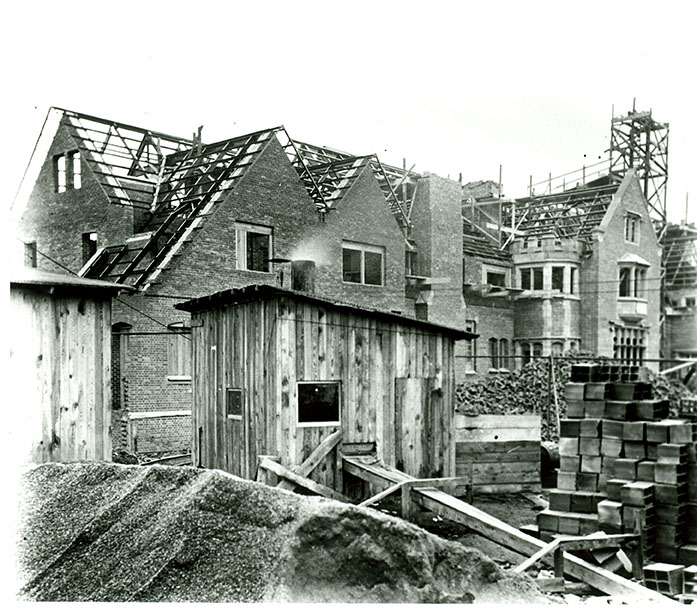 The Estate became a beacon of progress for F.A. and his business associates, who often met here to discuss and negotiate the challenges of the day.

F.A. Seiberling's wife, Gertrude, established her own reputation as an accomplished artist, musician and patron of the arts. It served as an international stage for well known figures in music, the arts and politics. She applied her passion for gardening, music and the arts to help found Tuesday Musical and the Akron Garden Club, institutions that remain strong, vibrant and iconic organizations and that still support the estate today.

Alcoholics Anonymous
The Gate Lodge has its own important history.  On Mother's Day, 1935, Henrietta Buckler Seiberling daughter-in-law of F.A. and Gertrude Seiberling, brought together Bill W. and Dr. Bob, so they could talk to each other about their drinking problems. The conversation lasted well into the evening, a discussion that led to the creation of Alcoholics Anonymous, an organization that continues to benefit millions worldwide. 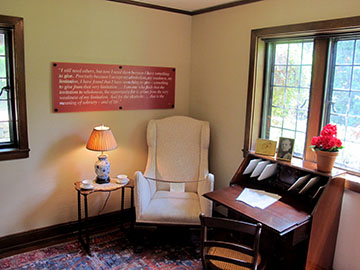 Throughout their lifetimes, F.A. and Gertrude Seiberling set an unparalleled example to their children, who made the choice in 1957 to carry forward their parents’ generosity by gifting Stan Hywet to the Akron community. We follow the example set by F.A., Gertrude and their heirs as we usher it forward for the benefit of future generations. Above the Manor House entryway, the crest bearing the motto Non Nobis Solum (Not for Us Alone), welcomes guests as warmly today as it did a century ago.

Plan a visit to enjoy a self-guide tour, exhibits and activities at Stan Hywet.